Paradigm by Ceri A Lowe

Following a major climatic catastrophe, the surviving citizens of London have taken to the underground, living in a reinvented society where people are regularly put in cryogenic sleep until needed. Births are carefully controlled and life is constrained by the needs of the greater good. Carter Warren is born into the world after the end, called on to fulfill his destiny as a contender for the role of Controller General. However in the years he has spent in deep freeze, things have changed and the world he left may no longer be the world he left behind...

Paradigm is a new entry into the extremely popular post-apocalyptic young adult scene, the latest in a long line of books that trace their DNA back through Divergent to the Hunger Games. Set in a world where climat change has forced the human race underground, it tells a dual story of two young people - one, a young girl called Alice Davenport, struggles to survive in the world left behind in the immediate aftermath of the Storms, while the other, a young man named Carter, lives almost a hundred years later in a London that has adapted to the post-Storms world. As we follow both stories concurrently, each begins to inform the other, creating a patchwork of two tales that combine to give us a complete view of what is going on while leaving a lot of questions unanswered. Unfortunately, only one of these threads really worked for me - the Alice storyline - leaving the pathwork lopsided and at times difficult to read.

While Alice's story is a great exploration of a post-apocalyptic world in the immediate aftermath (think Stephen King's The Stand just after the virus hits), Carter's storyline is a rehash of what has been seen a thousand times before in recent years with this subgenre. While I enjoyed Hunger Games and Divergent, to name the two most well known entries in the post-apocalyptic YA field, Paradigm may have been a step too far for me. While Alice's story was interesting, it did not provide any majorly original or insightful additions to this genre, while Carter's seemed to be a paint by numbers exploration of a tyranical uber-state.

The book left me frustrated by the end, which is more of a commentary on the plot than the writing - Ceri Lowe knows how to write a gripping story but in this case the skill of the writer was unsufficient to get over the obstacles created by the basic story. Although I didn't skim read, the book did not keep my attention in any major way: I found myself putting it aside without any real intention to pick it up again, so it took me quite a while to finish it.

Paradigm is the start of a series but I very much doubt I will pick up the sequel. While Alice's storyline was an interesting one that maintained my attention through much of its course, the Carter storyline lost me completely. Still, the writing was good and it is clear that Ceri Lowe has skills. I gave Paradigm 2,5 motionless Arks out of 5.
Publié par Joel à 15:13 Aucun commentaire:

Well, as you may have noticed, updates here have been few and far between in the last few weeks. That is due to a number of factors, mainly to do with my son's health - I have a three-year old who is handicapped and so has regular doctor's appointments: source of major stress for me and my wife.

So it is becoming harder to keep this updated, especially with full-blown reviews. So in the next few weeks I'm going to try something new - Bullet Point Reviews. As the name indicates, these will be shorter reviews done in the form of bullet points, easier and quicker to write. I may sometimes write the occasional full review if a book really captures my attention, but that will also depend on time. Hopefully that will allow me to get back on track with posting here.

Of course, any comments from anyone actually reading these will be most appreciated and a definite moral boost to increase my motivation! :)
Publié par Joel à 07:47 Aucun commentaire: 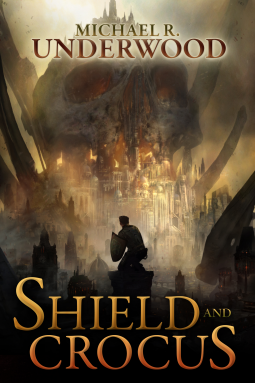 
Built among the bones of a fallen giant, the city of Audec-Hal is home to five tyrants who dominate the various districts. Held under the tyrants thumb and afflicted with "Spark-storms", the people have only one hope - a small group of heroes who will do anything to reclaim their city from the criminals who control it. Led by First Sentinel, the Shields are the only resistance against the clutches of evil. But when they hear about a summit to cement the tyrants rule, the Shields realise that time is running out to take back their city once and for all... I had such high hopes for Shield and Crocus. Set firmly in the same type of weird city as Ambergris or New Crobuzon, it seemed to have everything I like in fantasy - highly imaginative worldbuilding, an interesting magic system, heroes going up against seemingly insurmountable odds. While the worldbuilding was definitely a highlight - the idea of a city built in and around the bones of a felled Titan who fell from the sky is amazing and works really well - the book itself ended up being a disappointment. I had a lot of trouble connecting with the characters, a problem made worse by the fact that the writer constantly shifts the way he refers to them, sometimes using their 'real' names and sometimes their 'superhero' names. Because of that, what should have been thrilling often comes across as banal, and there was nothing in the characters or in the plot that truly caught my attention. This was extremely frustrating, since the world was so unique that I really wanted to see a unique story to go with it. Shield and Crocus fits into a current trend in the SFF genre - what could be called superheropunk. We have a fantasy world but the main characters are basically the secondary equivalent of the X-men. As such, each person has an individual power, and yet the characters themselves kind of blurred together for me as I was reading. I found myself skimming through the pages as the story progressed - the writing didn't really grab me at all. All in all, Shield and Crocus was a huge let-down. This has been done before, and better. If it hadn't been for the great world that has been created, I'm pretty sure this one would have been laid aside. As it is, I give Shield and Crocus 3 giant titan skulls out of 5, with one point given only for the worldbuilding.
Publié par Joel à 08:33 Aucun commentaire:

Top Ten Tuesday: Top Ten Books On My Kindle For The Beach 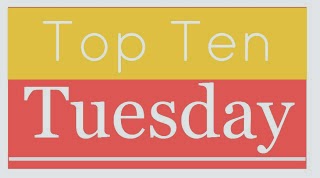 From the Broke and Bookish


Top Ten Books On My Kindle For The Beach
Any time on the beach or by a pool this summer will be during the first two weeks of July and the mid week of August. Here are ten of the books I'm hoping to read over those three weeks:
Mr Mercedes by Stephen King
I love me some King and this looks to be a nice move away from his supernatural books and more towards a standard thriller. Of course, with King, it is always difficult to be sure.
Cibola Burn by James S A Corey
The writing team of James S A Corey have consistently hit these space opera books out of the park and I'm hoping Cibola Burns will be a worthy addition.
Shattered by Kevin Hearne
Kevin Hearne and Atticus are very close to knocking Jim Butcher and Harry Dresden off the pedestal of best Urban Fantasy series EVER and Shattered may be the one to do it.
The Silkworm by Robert Galbraith
Robert Galbraith's 'secret' identity is obviously no longer secret at all. The Cuckoo's Calling was a fantastic faux-noir thriller and I look forward to seeing what Rowling does with the sequel.
Son of the Morning by Mark Alder
A historical fantasy set during the Hundred Years War setting Edward the Third against angels and demons? I am sooooo there!
Lovers at the Chameleon Club by Francine Prose
I have only ever read Francine Prose's nonfiction book about reading like a writer, which I enjoyed. Look forward to seeing what she does with fiction.
Unwrapped Sky by Rjurik Davidson
This one goes on the list for the cover alone - a minotaur?! Definitely up my street.
Console Wars by Blake J Harris
I was a pre-teen to a teen during the heyday of the Nintendo/Sega wars so look forward to seeing what Blake Harris does with this one.
Jack of Spies by David Downing
This historical thriller set just before the First World War caught my eye a while back so it is a definite one on my Kindle on the beach.
Bird Box by Josh Malerman
A horror novel about something that cannot be seen but drives you insane if you do? Chilling! Just what you need on a hot day by the pool! :)


What books are you taking to the beach? Paper or Kindle?
Publié par Joel à 14:06 Aucun commentaire: